Futures on the , and staged a swift reversal this morning, charging higher after hints U.S. negotiators still expected to reach a phase-one deal with China before the next round of tariffs scheduled for Dec. 15.

The unconfirmed reports appeared to be a damage-control move after U.S. President Donald Trump’s remarks that a trade deal may not come before the November 2020 presidential elections had sparked widespread selloffs, alongside the latest tariffs threats on South American and European countries.

The selling had resumed earlier on Wednesday after China warned of retaliation “in proportion”—including visa restrictions on U.S. officials—to a bill passed by the U.S. lower house sanctioning a member of the Chinese government for the detention of Muslims in the Xinjiang region. 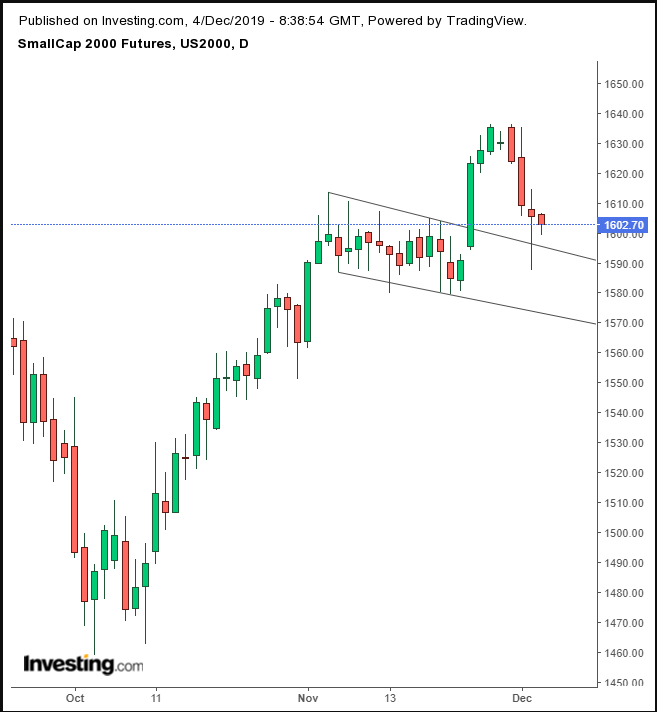 Even before U.S. contracts reversed their initial slide, remained well above a bullish flag.

In the earlier Asian session, regional indices closed in the red. Australia’s (-1.58%) underperformed for the second day due to its dependence on China’s trade stability, while China’s managed to contain losses to 0.23% despite Trump’s remarks on Monday, downplaying the urgency of a trade deal.

It’s noteworthy that U.S. equities took a much harsher hit from Monday’s news than Chinese shares: the tumbled -1.01%, while China’s (-0.05%) held steady. 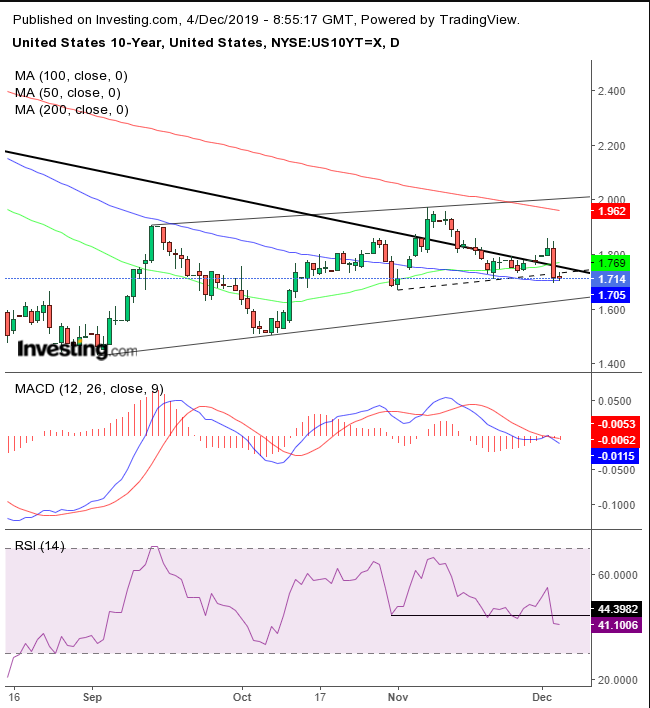 In the bond market, the yield on Treasurys also reversed its course, edging higher after slipping back below its long-term downtrend line since the August 2018 top, after investors’ rush to safety on Monday prompted rates to fall the hardest since August.

Yields found support above the 100 DMA, but only after falling below the 50 MA and the short-term uptrend line since Nov. 1. They remain within a rising channel since the Sept. 3 bottom—however, both the MACD and the RSI provide bearish indications. 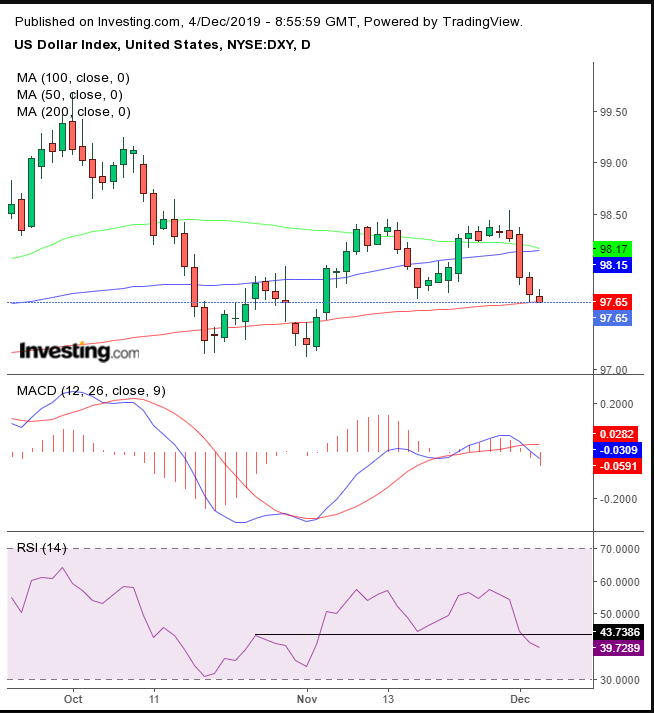 The was pushing against the topside of the 200 DMA, after both the MACD and the RSI turned sour. 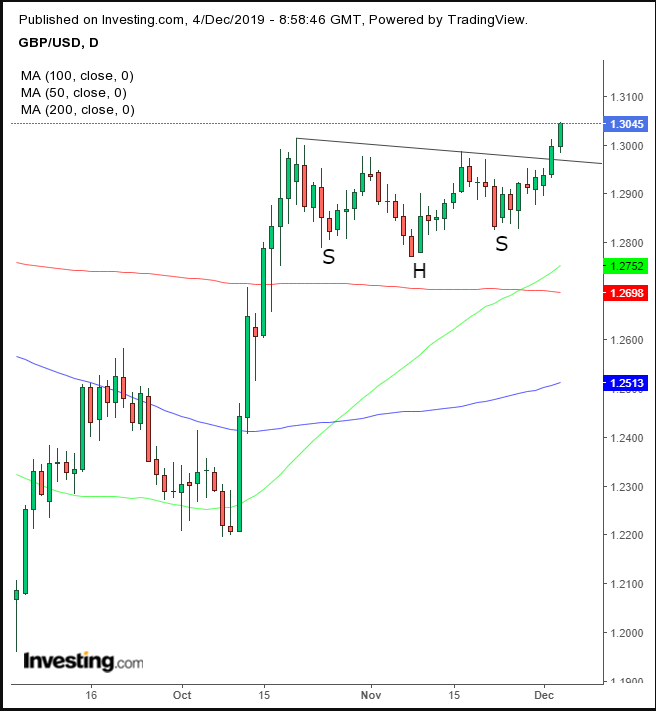 The climbed near a seven-month high as polls showed the Conservative party in the lead ahead of next week’s general elections. Technically, cable completed a H&S continuation pattern concurrent with a golden cross.

The extended its gains against the dollar. Technically, the currency fell below the uptrend line since the August bottom, after falling below the 200 DMA.

The dropped alongside domestic bond yields after disappointing fueled bets for more policy easing next year. 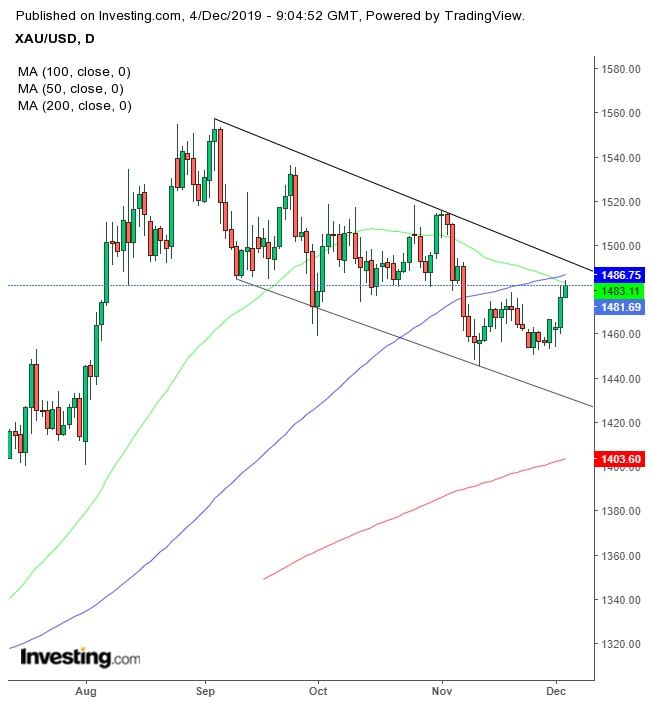 advanced toward a one-month high, rising for the third day out of four—stopping below the 50 DMA, the 100 DMA and the top of a falling channel since Sept. 3. In the later European morning, the yellow metal slipped below neutral levels as risk off gave way to new-found optimism.

also climbed as traders focused on the upcoming , which could lead to deeper supply cuts by some of the world’s biggest oil producers.