U.S. futures for the , and , whipsawed this morning, going from red, to green to red once again, after Tuesday’s buoyant Wall Street rally. Global equities jumped on Wednesday, in the slipstream of the best U.S. market performance in more than a generation and the ‘s best day since 1933.

Yesterday’s U.S. session was fueled by hopes that U.S. lawmakers and the Trump administration would finally reach on $2 trillion worth of coronavirus stimulus—which occurred in the early hours of Wednesday morning—to help support U.S. workers and businesses as the global pandemic weighs on the country’s and the global economy. The official vote on the bill will take place later today in Washington.

Treasury yields rose, gold and the Japanese yen slipped as investors shift out of safe havens.

Traders are eagerly waiting to see if equities might actually post a two-day ascent later today, the first since the pandemic-fueled selloff began a month ago. Meanwhile, global economies are tapering to a standstill as the number of COVID-19 cases across the world escalates, and the fatality rate grows. The current count at time of writing: 425,493 cases, 18,963 deaths.

On Tuesday, U.S. equities soared on hopes, now realized, that Congress was closing in on the biggest fiscal stimulus plan in the country’s history. 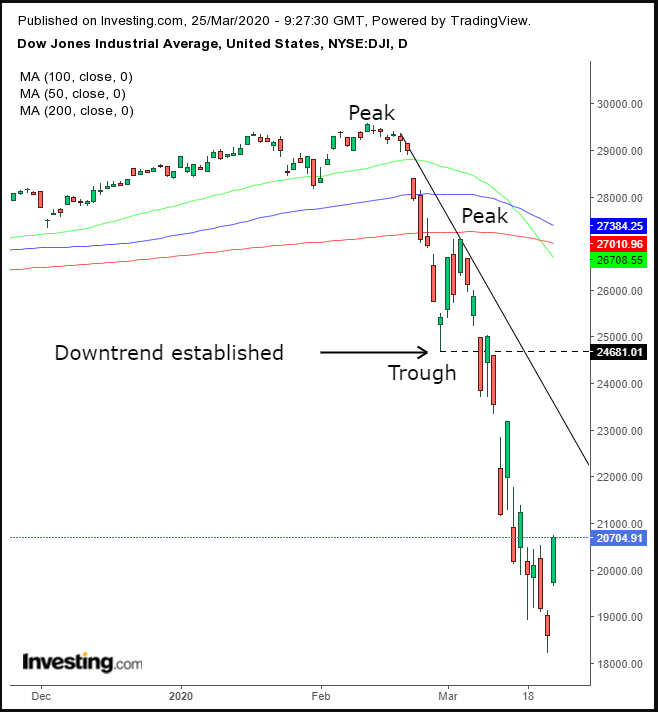 The Dow leaped more than 11%. Nonetheless, after posting a series of descending peaks and troughs after falling below the 24,681 low from Feb. 28, the mega cap index remains in a downtrend. That would mean yesterday’s price action was a corrective rally within a downtrend.

The jumped from its lowest level since 2016, to its biggest single-day gain since October 2008. 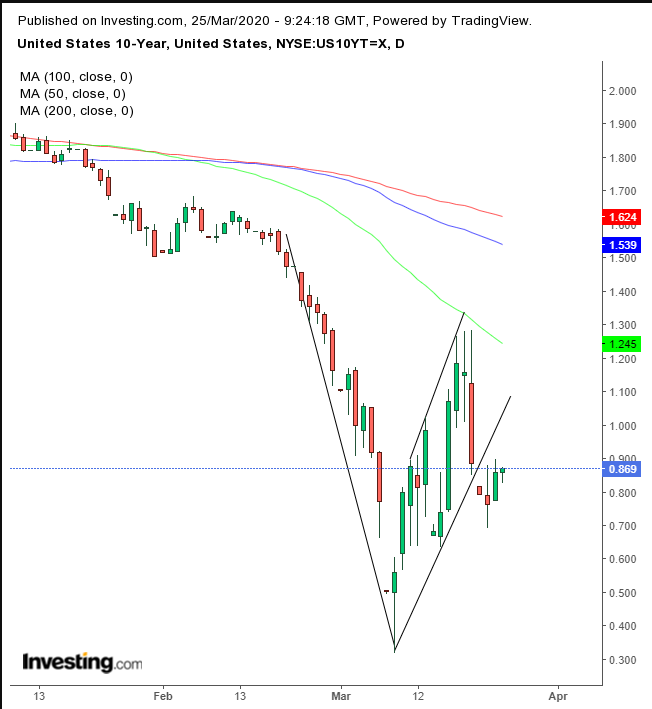 Although yields, including for the benchmark Treasury, increased in tandem with yesterday’s monster rally in the U.S., the move higher was slight. As well, though they’re edging higher again today, yields don’t appear to be in a hurry to confirm the full on return of risk appetite. Perhaps that’s because they’ve completed a rising flag which is bearish after the preceding plunge.

The fell for a fourth straight day. 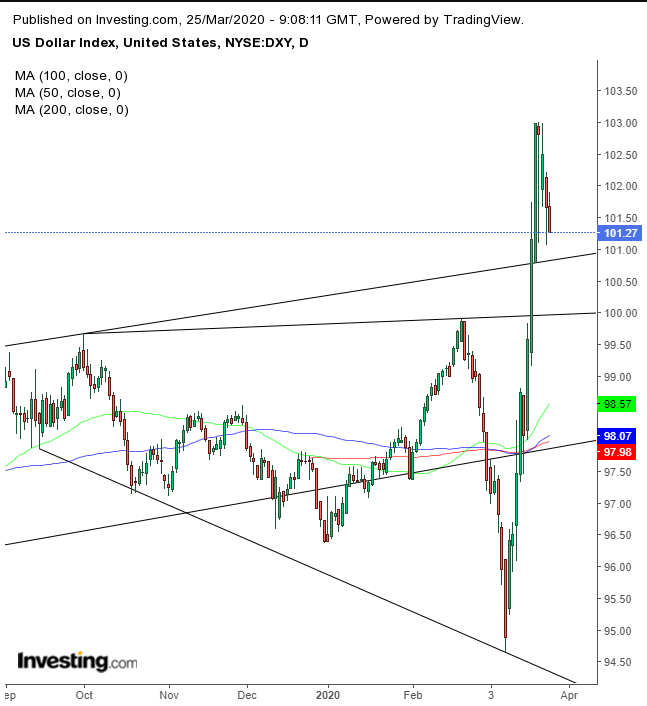 With the index at 101, it will continue to trade with possible demand at the top of a rising channel. The next support waits at the psychological 100 level, the top of a failed broadening pattern.

climbed for the third straight day. 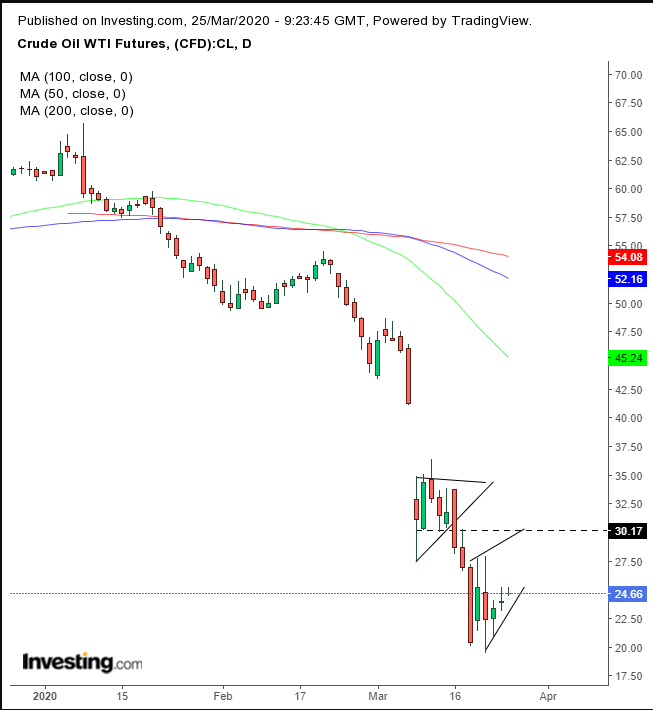 The price has been .