The Bank of Canada left its benchmark interest rate unchanged at 1.75%, as expected. However, the dovish statement that accompanied the decision sent higher by nearly 100 pips as the central bank removed the description of interest rates as “appropriate.” The BoC also showed concerns about recent weak data and expressed concerns as to whether it was tied to the domestic economy or the world economy. In addition, it cut the near-term GDP for 2020 to 1.6% from 1.8%, while raising the 2021 forecast to 2.0% from 1.8%. Combine this with release of the poor this morning and is was a recipe for disaster for the Canadian dollar. (CPI MoM for December was 0.0% vs 0.1% expected. Core CPI YoY was 1.7% vs 1.9% expected).

Upon release of the statement, pairs took off like a bat out of hell. The possibility of this move was discussed yesterday in our BOC preview. 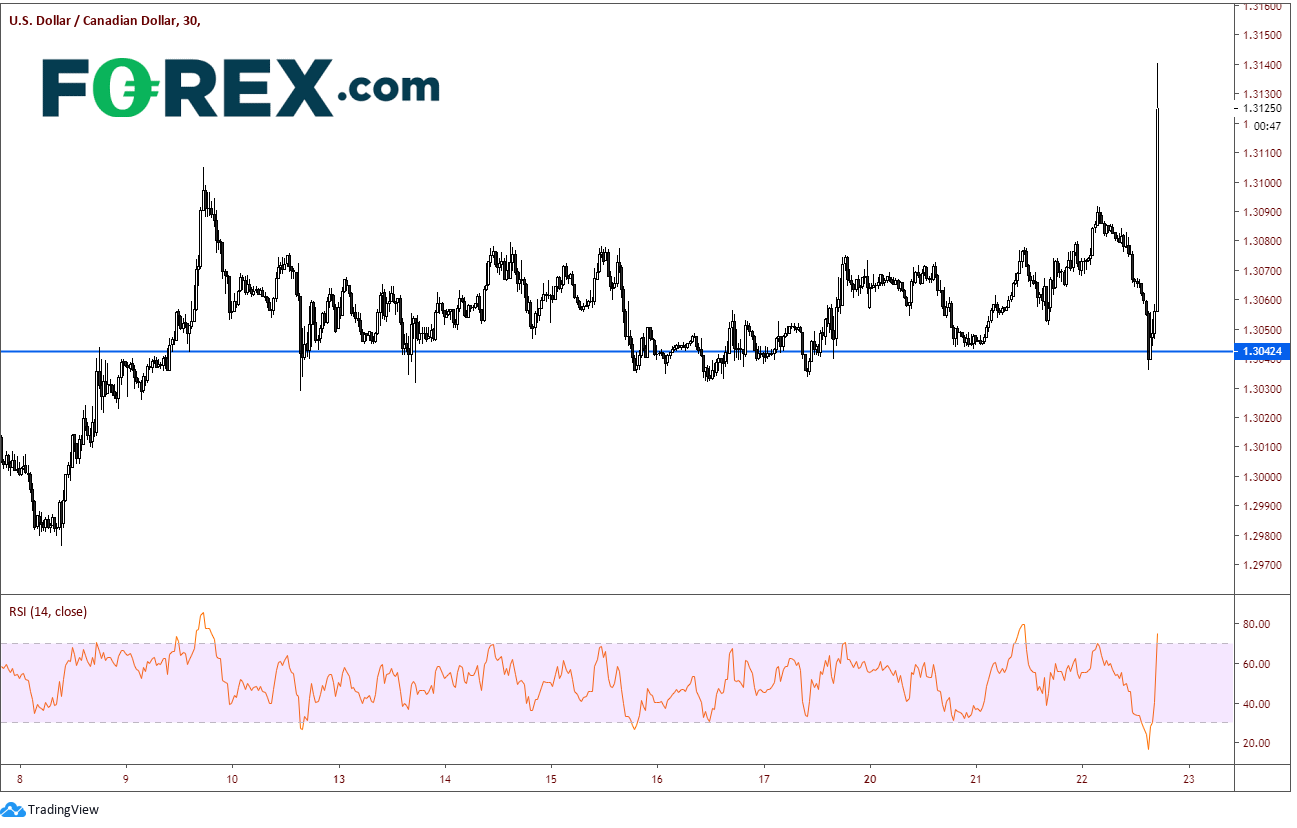 Previously, the BoC had been quite neutral, one of the few central banks to remain so. had recently broke lower out of its long-term symmetrical triangle on a daily timeframe. With the move higher today, the pair is looking to test the underside of bottom trendline and the 200-Day Moving Average, which converge near 1.3220. A break above here would indicate a false breakdown and could lead to a test of the upper trendline near 1.3330. 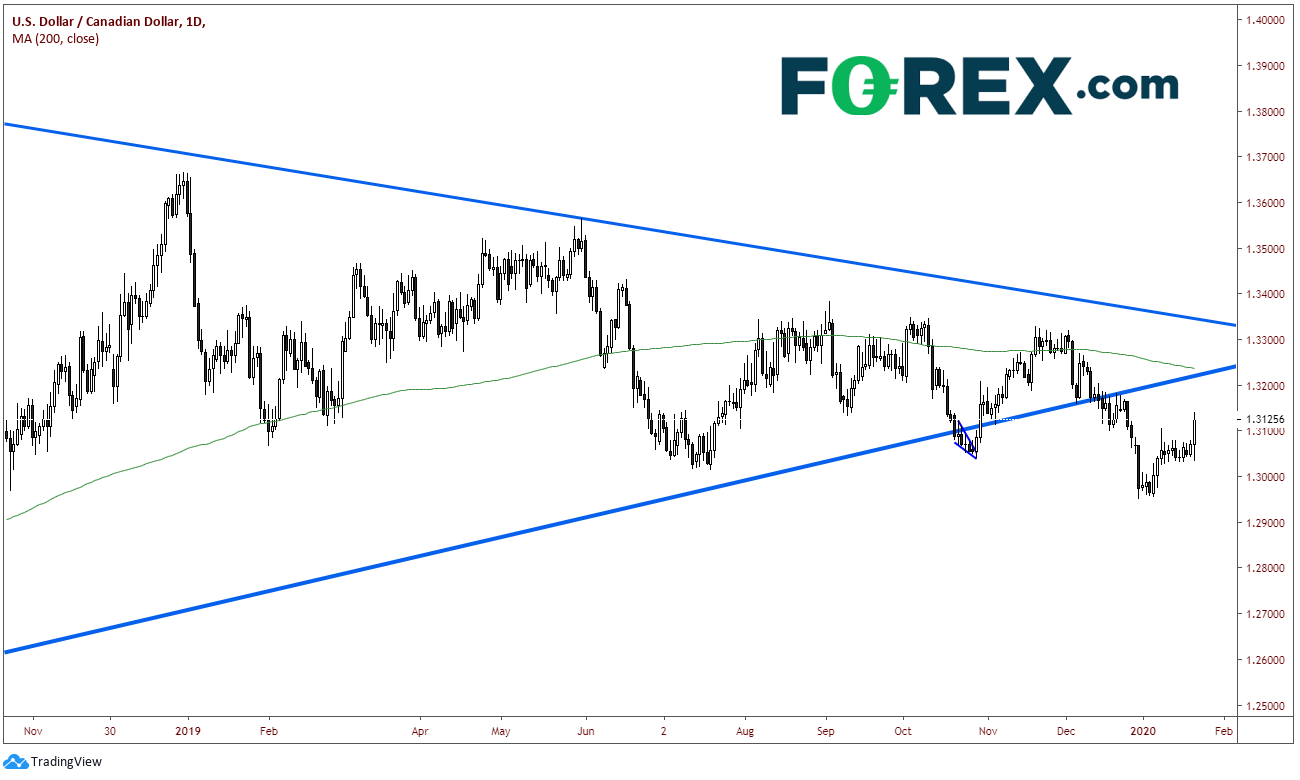 On Friday, for November will be released. A 0.4% rise is expected for the headline vs -1.2% in October. In addition, next week we will see and PPI. The Bank of Canada doesn’t meet again until March 4. If the data over the next 1½ months continues to remain weak, the BoC may be ready to cut rates (if not before then!).

Disclaimer: Fusion Media would like to remind you that the data contained in this website is not necessarily real-time nor accurate. All CFDs (stocks, indexes, futures) and Forex prices are not provided by exchanges but rather by market makers, and so prices may not be accurate and may differ from the actual market price, meaning prices are indicative and not appropriate for trading purposes. Therefore Fusion Media doesn`t bear any responsibility for any trading losses you might incur as a result of using this data.

Fusion Media or anyone involved with Fusion Media will not accept any liability for loss or damage as a result of reliance on the information including data, quotes, charts and buy/sell signals contained within this website. Please be fully informed regarding the risks and costs associated with trading the financial markets, it is one of the riskiest investment forms possible.